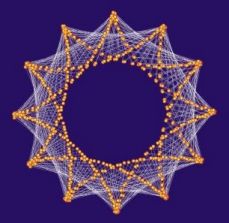 In his book Signature of the Celestial Spheres (Die Signatur der Sphaeren) the author unfolds the astonishing discovery of a complex order in our solar system and gives the ancient idea of a harmony of the spheres an exciting new perspective. Based on modern astronomical and mathematical algorithms we are shown the facts and figures of an indeed very astonishing order in our cosmic home. The order and movement of the planets in the solar system corresponds very accurately to simple geometrical figures and musical intervals, although in a different way than is supposed in conventional concepts. One of the keys for an explanation is to be found in an analysis of harmonical arrangement in the semi-minor axes of the elliptical orbits, whereas earlier models and calculations were based on the semimajor axes. 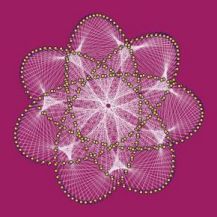 The structures presented in Signature of the Celestial Spheres incorporate the distances, the velocities and the periods of conjunction of the planets as well as the rotations of the Sun, Moon and Venus. Numerous graphics illustrate the extraordinary beauty of some of the geometrical forms, that result when the movements of several planets are put in relation to one another. The author also describes and analyses the most important concepts of a music of the spheres from ancient times until today with a special consideration of Johannes Kepler’s “revolutionary” ideas. Furthermore the current scientific facts about the origin of the universe and the solar system are explained. Thus the reader is invited to take part in a profound – professional and philosophical – discussion of the subject and its importance for the modern, mainly purely scientific, view of the cosmos. 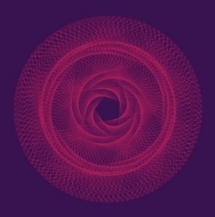 The essential discoveries represented in this book – concerning a really stunning geometrical and musical-harmonic order in the solar system – are summarized under the following headlines:

The results are based on modern astronomical algorithms (VSOP-theory, developed by the Bureau des Longitudes, Paris etc.) In the appendix of the book you will find the mathematical and astronomical methods of calculation and also a detailed discussion of the accuracy and the periods of validity of the methods used.

The graphics on this page show three examples of geometrical forms which result, when the movements of several planets are placed in relationship to each other over long periods of time:
1.) Jupiter, Saturn, Neptune, 8947 years; 2.) Venus, Mars, Neptune, 195 years; 3.) Venus, Earth, rotation of the Venus, 240 years. For more details see Play of movements and Rotations